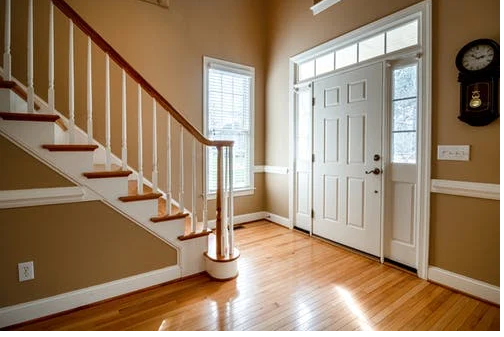 Home Moulding Technology: Then and Now

For centuries, interior design has evolved as time passed by. Since the ice age, man has crafted his way to make a shelter for safety and security. From caves to igloos down to the development of houses, industrialization paved its way for a better, safer, and sophisticated home design.

Aside from exquisite furniture and select items, notable carvings inside the house are also one of the best features that everyone will notice. These decorative trims surrounding the doors and windows of various styles and designs depict the type of fashion statement to the one living abode.

Throughout the era of architecture, an array of molding designs were established. During American colonialism, the idea of molding is considered extravagant given the hardships during that time.

The so-called Colonial-style moldings are originally Greek or Federal style revivals that evolved as time passed by.

The development of Greek architecture influenced the modern-day moldings for thousands of years and gave birth to the renaissance of new molding styles. Using various designs of pleasing shapes and proportions that surround the windows and doors, Greek architecture produced the finest variety of moldings nowadays.

Through utilizing cutters, the development of Colonial-era moldings was showcased by skilled craftsmen that spend time and effort to produce their fine handiwork.

They were able to cultivate and display Colonial-style moldings which became popular in every household. Nonetheless, making these various works of art is something that needs ample time and fine art skills to produce the exact designs.

The continuous development and expression of style through molding designs developed as industrialization began to materialize.

By the mid-19th century, machines took over the production of moldings in various shapes as the Industrial Age started.

As time passed by, a more simple approach to molding designs emerged from Colonial Revival styles and made a major setback for Victorian architecture. The plain and unsophisticated trims of the molding style were widely accepted and adopted. These clean-finished line cuts and sleek modern looks captured the sight of the mid-20th century era which became predominant in post-war subdivision houses.

As known by many, moldings are primarily made from wood or molded plaster thus, giving its name “molding”. Early molding materials mostly consist of pine and chestnut wood because of its easy accessibility to be manipulated with hand planes.

After making each design, paint is used to produce a fine finish and give more style to the molding.

The use of pine moldings nowadays is also common as they are readily made available. Sold as primed finger-jointed (PFJ) molding or trim, the interlocking fingers of joint boards enables the manufacturer to join pieces of wood that are glued together forming lengths of molding trim up to 16ft or more.

By observing quality production, PFJ molding is closely monitored where knots and other defects are trimmed out in an early stage. However, because of different grain quality from various pieces of wood, there are times where it will telegraph through the paint.

The use of poplar and alder also became popular for the sole purpose of painting despite being expensive. Oakwood is also used and manufactured with a clear finish putting aside the cost it will take to have the byproduct.

Although sophisticated and extravagant molding designs are not visible to every household, each house has molding on its doors and windows that serves as a casing.

By using this casing, the “shim space” between each wall frame is covered and filled in. Moldings cover the gaps that you see between walls and ceiling or even between floor and wall surfaces keeping moisture out.

The simpler ones aren’t that difficult to make either because you can even just practice DIY on them.

At present, home molding technology is widely used. The advancement of technology has made home molding easier using quality materials that could be easily shaped according to the desired style.

One of the best molding technology today is ABS injection molding. Acrylonitrile Butadiene Styrene (ABS) is used for the molding process. Molten ABS is molded into certain shapes and forms from pressurized injection ports. Each molten material has its properties and yields from various processes.

This thermoplastic polymer lends itself the properties to be easily molded into the desired shape. As such, ABS injection molding is used by many consumers today.

Acrylonitrile Butadiene Styrene (ABS) is a type of plastic whose melting point is fairly low thus, making it one of the widely used injection molding materials.

With a melting point of just about 100 C, the injection process becomes cheaper and easier, limiting the use of ABS during high-temperature molding. Since ABS is thermoplastic, the byproduct can be remolded and used again depending upon the desired shape and style.

By using its mechanical properties, ABS makes post-processing cheaper and easier. Being highly machinable and responsive to typical plastic processes, ABS holds its popularity in terms of easy glue fixing and polishing.

Although ABS holds a fair capacity of strength than other molten materials in the field of prominent plastic engineering, it is sufficient enough to be used in domestic end-user products. However, its strength and resiliency are still good enough to be widely used.

This is similar to the flexible plastic packaging technology that many manufacturing businesses use, such as Bemis, Reynolds Group, and Logos Pack uses. Because of its easy malleability, ABS can be shaped into various styles. As such, ABS can also be used as home moldings, depending upon the type of shape the manufacturer would want it to. Nevertheless, the use of this cost-effective material is widely known at present.

With the advancement of technology, synthetic molds of a definite style of choice have now become popular in this new generation.

Industrialization gave birth to the discovery and production of new ideas inspired by both old and present times. There would be no doubt new technologies will pop up in the future.